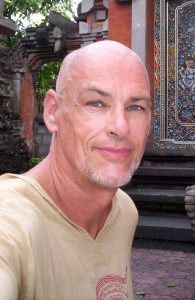 Nick’s background in the area of film and TV documentary began with one year as Assistant to the Producer for Michael Pack, on the PBS Documentary, “America’s Political Parties” – Michael was later promoted to V.P. of the Corporation for Public Broadcasting.

This experience was followed by two years as an Assistant to the Producer for Alexandra Rose, the Oscar-nominated Producer of Norma Rae. Among other responsibilities, he was primary liaison between a remote crew in Australia, and the production office at Pathe-MGM in Los Angeles, reporting directly to the Vice President of Production on the feature Quigley Down Under.  He was later a Story Analyst for famous Oscar winner Arnold Kopelson (Platoon).

He attended the American Film Institute in the Graduate Producing Program, and was the Producer of two short 35mm films, using cameras provided by Panavision under the New Filmmaker’s Program.

The following years, Nick began as an Assistant Production Coordinator for a feature film produced by Spectacor Films, later moving up to Assistant Comptroller on the same film.  He switched gears to Editing and became a Certified Avid Editor and was hired to edit many commercials, music videos, television shows and industrials for clients from LSI Logic to the Blues Brothers. He was hired as an Editorial Assistant on the major PBS documentary by Oscar-nominee Connie Fields, entitled “Have You Heard From Johannesburg?”

A true one-man band, he also was hired as a Cameraman, Editor, and Graphic Artist for an Internet company, and later was a Cinematographer for a low-budget feature.

In the last several years, Nick was hired to teach Editing, Film History and Guerrilla Filmmaking to students from all over the world at the International Academy of Film and Television, located in the island of Cebu, Philippines. He was a Series Editor for the Sportsman Channel TV show, “Hooked on the Fly,” and Editor of a Web series on Investments.

In addition, he was nominated for a “Best Video” Award at the LA Music Awards and was a Finalist in the Roy W. Dean Memorial Grant for two different documentary projects. He has produced an independent feature entitled Nutcracker: An American Nightmare, made for a shoestring budget and sold worldwide as well as Amazon and Netflix.

He has also independently produced and directed the documentaries, Takashi’s Dream, shown at the Wine Country Film Festival and The Brokaw Hoax, shown at the Santa Cruz Film Festival, and was a Co-Producer and Editor on two other films, Steel Drums, Not Guns and On Borrowed Time, and was a Producer and Editor for Genghis Heroes, and has edited a series pilot for the show Ancient Tomorrow.